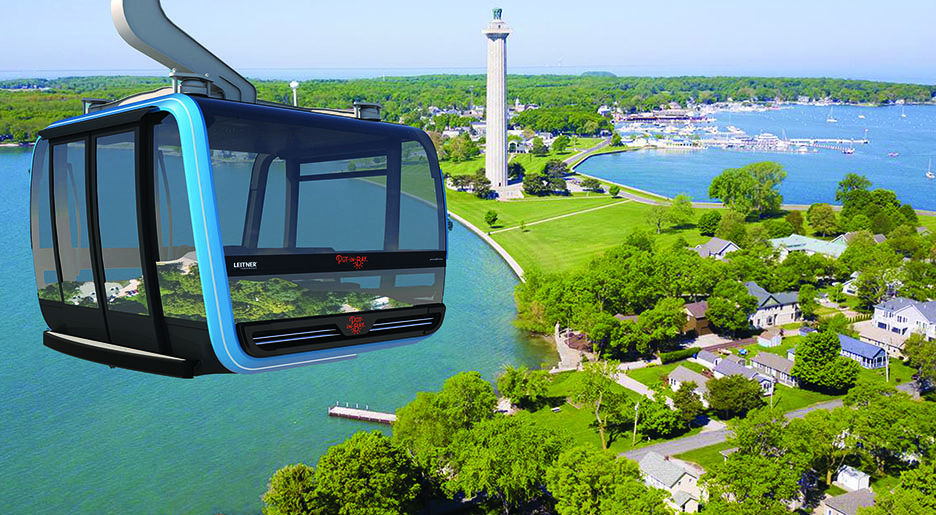 This is a mockup of the new Put-in-Bay SkyRide© that will carry passengers from the mainland to Put-in-Bay. Season passes will be available for islanders and cottagers.

The idea started back in the early 2000’s after completion of the Put-in-Bay Tunnel. The tunnel, being mostly used to transport residents and summer cottagers to and from the island, has never been capable of handling the heavy influx of visitors. So, island politicians brainstormed ideas of ways to transport tourists other than by ferry without building a bridge which would obstruct boaters’ use of the lake. They looked into various tourism areas and one idea stood out, gondolas! Trustee Erin Ingles stated “Cedar Point has used gondolas for years to get visitors from one end of the park to the other, why not mainland to island, and of course, back?” 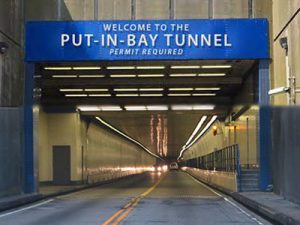 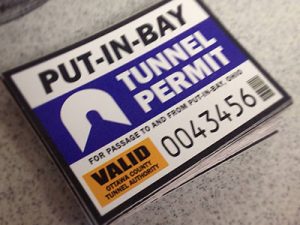 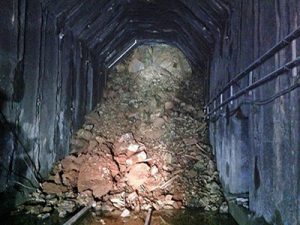 But is it feasible? Yes, in fact it is! A company named Laytner Ropeways has been building and operating Tri-cable Gondola Lifts since the 1980s in many European countries, including France, Italy and Austria. Laytner Ropeways is based in Italy, but operates manufacturing plants in 18 countries, including the US, Cuba, Venezuela, Russia, Iran Saudi Arabia and Afghanistan.

The particular system chosen to be used for inter-island travel is the Tri-cable 3S. Tri-cable ropeways have a single haul rope and two carrying ropes. The system is implemented using detachable grips and offers very high transport capacity. They guarantee increased wind resistance and can also cross major spans of over 15 miles. The vehicles can be slowed down in the stations and, with the stop-and-go technology, they can even be stopped completely. This ensures additional comfort when entering and exiting the cabin. Each system is capable of transporting up to 6,000 people per hour at speeds of up to 15 mph. 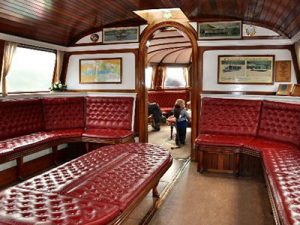 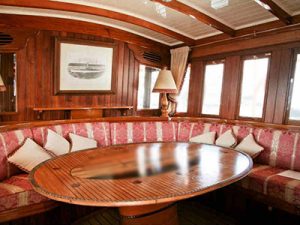 Each cabin will be able to fit up to 35 people. When boarding, passengers immediately sense upscale quality reflected in the wider and higher entry way which also reduces boarding and deboarding times. The cabin offers 28 comfortable seats with exceptional comfort as well as standing room for seven passengers. The all-round glazing with panoramic windows provide the best views during the ride. The innovative design includes interior illumination as well as the sophisticated exterior lighting tailored to the color scheme of the individual customer. Close cooperation with Punkd, the expert in air conditioning in the automotive sector, resulted in the development of a new climate control concept with continuously variable air volume and improved air flow velocity, which significantly enhances the ride experience. The state of the art energy concept employs supercaps, a roller generator, and solar panels. The cabins will be fitted with a sound system, LCD screens to display ads from Chamber of Commerce businesses and will also have WiFi.

You may be asking, what about the ferries? At first both ferry companies were vehemently opposed to the idea, but alas a solution was agreed upon. The new SkyRide will operate in partnership with the Miller Ferry and Jet Express. Each company is currently under construction of their own lift terminal that will depart and arrive at their current ferry dock locations. A standard ride from the Jet dock in Port Clinton will be around 40 minutes, while a ride from the Catawba dock will be around 25 minutes. Each company will receive 20 percent of the overall profits, with the other 60 percent going to be split between the Put-in-Bay Township and Put-in-Bay Village. The potential income will greatly alleviate the income strains from the Covid-19 Pandemic. Pricing for the SkyRide has yet to be determined, but both locations will cost the same price as operating costs remain the same for both. 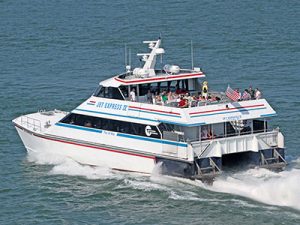 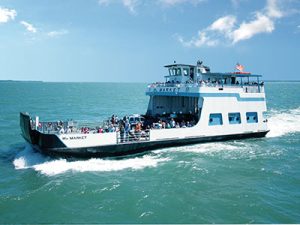 Another amazing part of this project is the ability to operate year round. Residents and visitors will no longer be stuck waiting on planes to and from the island after the lake freezes, winter freight costs will be drastically reduced and students from Put-in-Bay School will have more opportunities to attend vocational schools and sporting events on the mainland.

$50 million of the overall project budget is being used to purchase the Put-in-Bay Airport and develop the land into affordable housing for island employees. Island Air Taxi and Griffing Airlines will also receive a settlement of up to $5 million each. Plans to expand the SkyRide to Middle Bass and North Bass are currently in discussion. 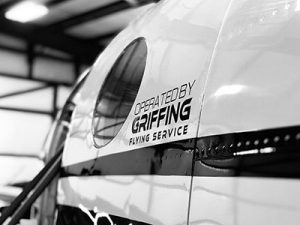 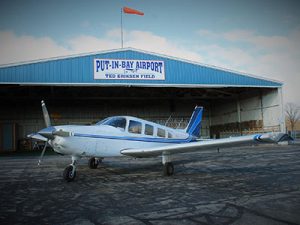 To ensure this project is completed, President Biden and the Democratic Party have already earmarked a grant for $500 million as part of the American Rescue Plan, as it fits the perfect mold for their Green New Deal initiative. Cabin cars are operated between a combination of electric, wind and solar power, eliminating the use of fossil fuels for transportation. And with the ferries running more trips with more people excited to see and experience this great new tourist attraction, the fuel cost and usage per passenger will be drastically reduced.  It’s a win-win for the environment!

The expectation is for this project to be completed by late June 2023. For more information and updates on the project, visit www.putinbay.news/skyride. Please direct all questions and concerns to editor@putinbay.news.

All the news in the Put-in-Bay Gazette is based on facts, either observed and verified first, second or third hand by the reporter or reported and verified from knowledgeable sources or from wide-spread rumors. We never use fact-check websites because our island news is too new for the fact-checkers to accurately check.