Often called the “Key West of the North,” Put-in-Bay features a lively entertainment scene, historic sites, and breathtaking water views. Most guests visit the island for either a quick day trip or a casual overnight stay at one of our Put in Bay Hotels or island vacation rental homes, popular with groups and families.

Off the shores of Lake Erie on South Bass Island lies Put-in-Bay, a quaint Ohio village accessible by Put in Bay Ferry. Whether you love traveling to the island every year or you’re a first-time visitor, there’s something for everyone to enjoy in PIB.

There are many things to do for kids during the week and great entertainment on weekends. Great food, fun activities, and unique lodging choices make the island a great choice for a local staycation. Discover your ideal home away from home on Put-in-Bay Ohio, the gem of the Lake Erie Islands.

Call the reservation center at 216-898-9951 for lodging deals. From the moment you arrive on the Miller Ferry or Jet Express, you’ll be impressed by your visit to the Bass Islands. Use our site to discover rental homes, attractions, events, Put-in-Bay golf cart rental, restaurants, and more on the island. This is your ultimate island guide for all things to do in Put-In-Bay, a favorite small town vacation destination.

Put-In-Bay Hotels & Lodging are ready to host you for your next stay on the island.  Great properties like the Commodore Resort, Put-In-Bay Resort, Victory Station Hotel and the Bay Lodging Resort are excited for your arrival.  Here, guests will have a great selection of rooms and suites.  Peruse the excellent offerings and pick your place to stay on the Bay! 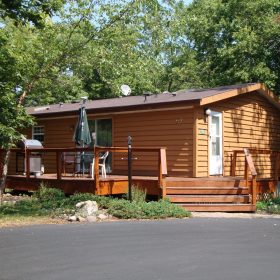 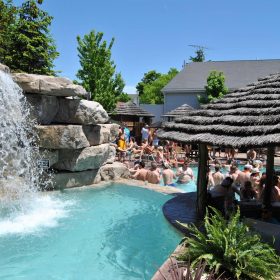 The Commodore Resort is the center of action on Put-in-Bay.... 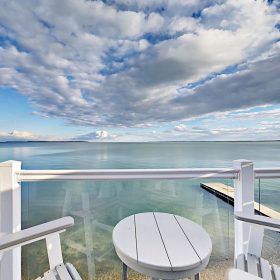 The Put-in-Bay Waterfront Condos are island living at its finest.... 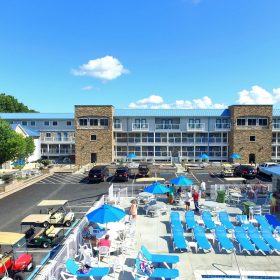 With all the comforts of home and the luxury amenities... 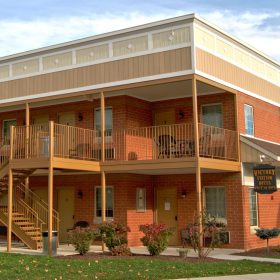 The Victory Station Hotel is a new addition to the... 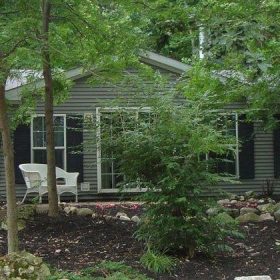 Put-in-Bay, Ohio, offers a large selection of accommodations. In addition, all of the featured Put in Bay hotels, vacation rentals and bay condos are centrally located and close to the island’s major attractions. Find the accommodation perfectly suited to fit your needs and tastes, from family friendly rentals to romantic resorts. Therefore, no matter what option you choose, you are bound to have a good time and get the full Putinbay experience!

Put-in-Bay offers many great cottages and rental homes for your lodging enjoyment. All of the Put-in-Bay cottages feature the comforts of home.  Moreover, they are just beyond the downtown Put-In-Bay area.  Yet, they are a short and fun Put-In-Bay Taxi ride from all of the best Bars, Restaurants and Things to do. 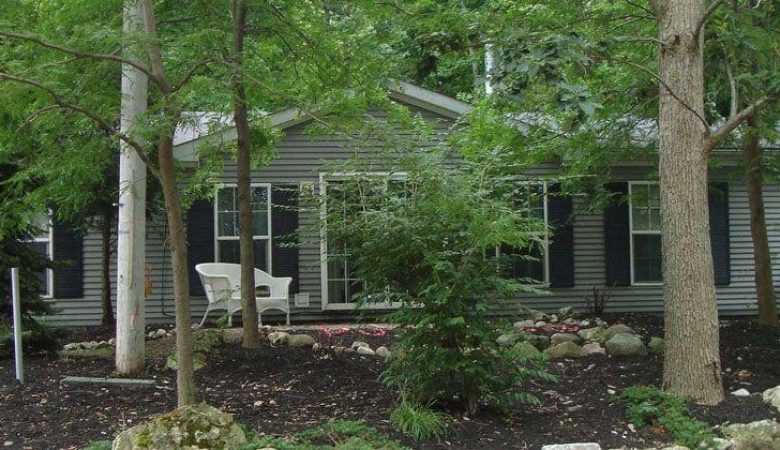 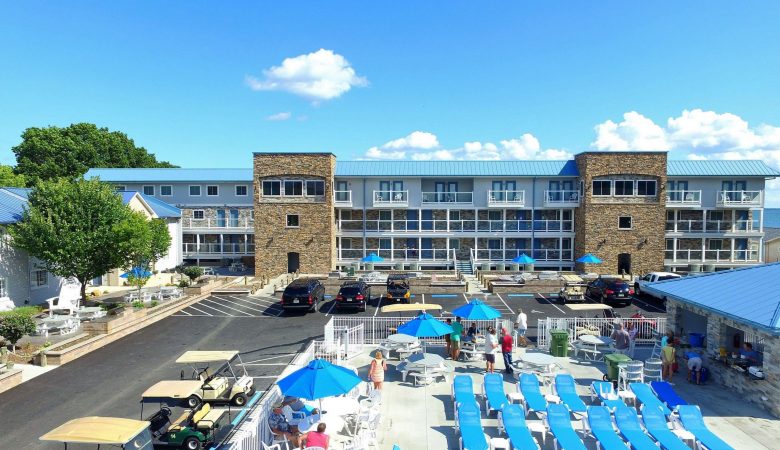 With all the comforts of home and the luxury amenities of a vacation home, The Put-in-Bay Poolview Condos are ideal... view details 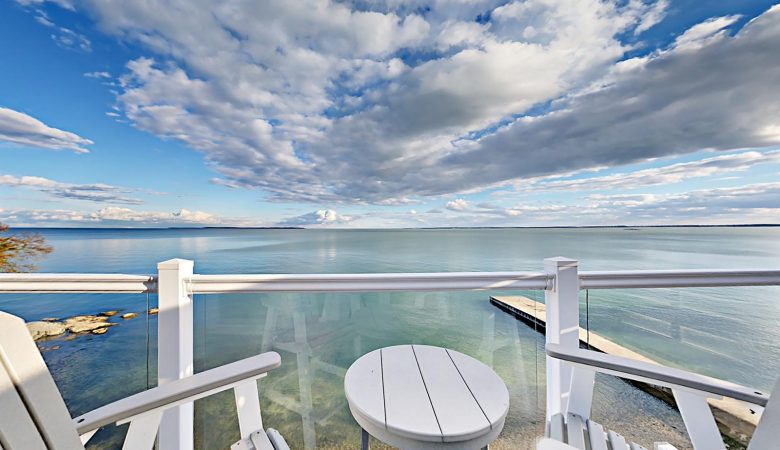 The Put-in-Bay Waterfront Condos are island living at its finest. Call 216-898-1105 to speak to a reservation agent and book... view details 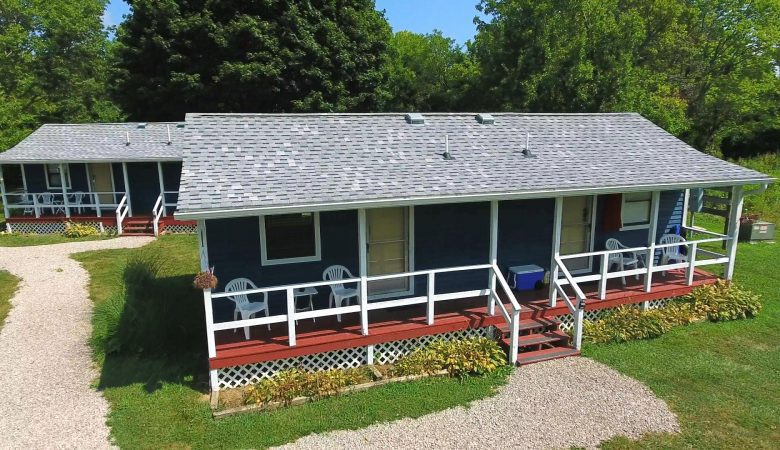 Beautiful Birds Nest Resort is located on 9 peaceful acres a mile from the nightlife in downtown Put-in-Bay Ohio on... view details 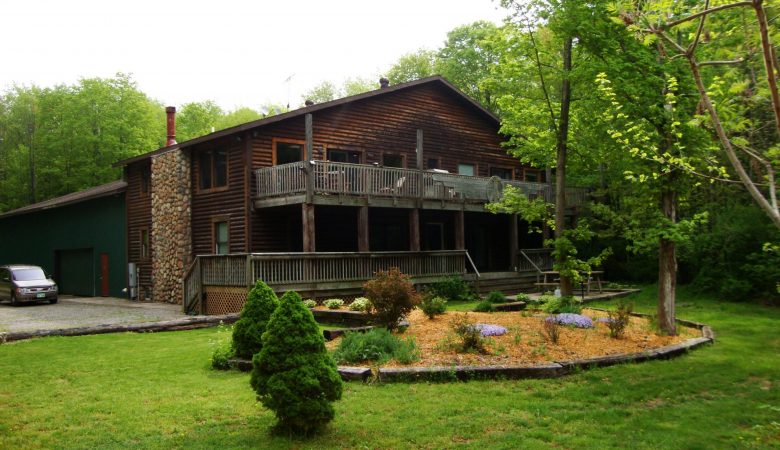 Peace and Quiet is a secluded little oasis on Put-in-Bay. Two units sit side by side on a lovely wooden... view details

Plan a Vacation at one of our Preferred Put-in-Bay Lodging Partners for a house, hotel, condo, or rental home. Furthermore, with so many Put-in-Bay attractions, you will definitely need more than just one day to take it all in! Be the first to learn of Put-in-Bay Re-opening Plans as well as our Put-in-Bay COVID-19 Response.

There are endless things to do on Put-in-Bay, Ohio. Zip around the island on your golf cart, moped, or bike rental, or enjoy a leisurely stroll through town. You’ll see stunning state parks, Perry International Peace Memorial, and rocky lakeside beaches along your journey. Spend an afternoon playing with the kids at DeRivera Park, learning about the Battle of Lake Erie at Perry’s Victory Monument, or touring a winery cave.

Rent a jet ski and see the island as Oliver Hazard Perry did upon his approach. There’s no shortage of unique experiences and family fun on the island.. Once it gets close to dinner time, check out the local Put-in-Bay restaurants and bars! There are plenty of options for everyone! 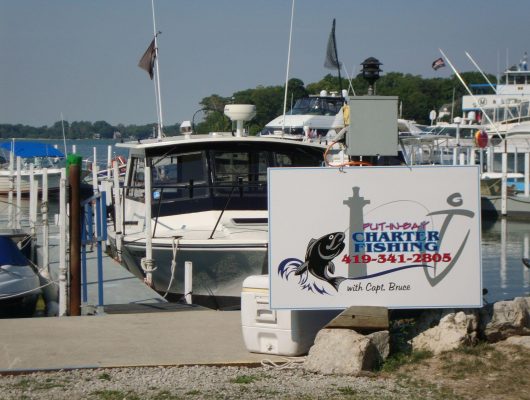 Enjoy the best of Lake Erie with Put-in-Bay Charter Fishing Service with Captains Steve and Bruce. They offer various packages 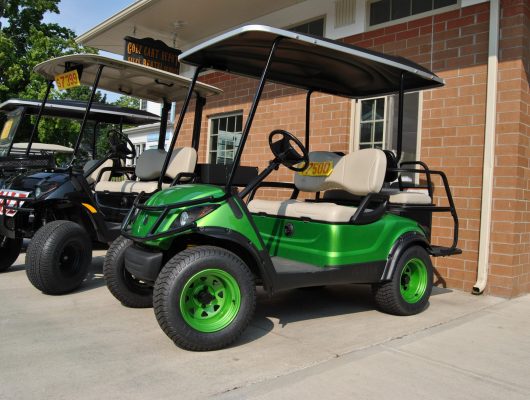 For a full range of options in the best way to get around South Bass Island, visit Put-in-Bay Golf Cart 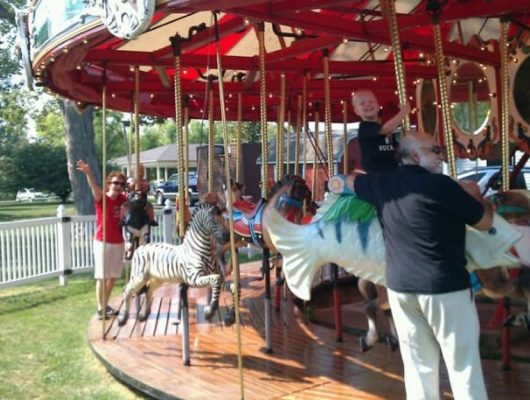 A beloved fixture of downtown Put-in-Bay, Kimberly’s Carousel has delighted visitors to the island since 1917. Constructed by Allan Herschell, 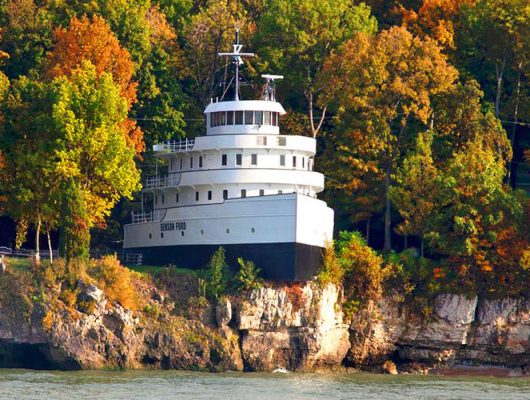 The Benson Ford Ship House is located in Put-in-Bay, Ohio on the shores of beautiful Lake Erie. This unique home 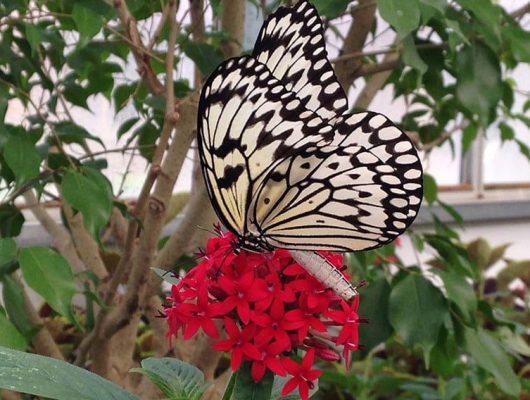 The Butterfly House at Put-in-Bay

The Butterfly House is truly special. Every visit to Put-in-Bay should include a stop here This peaceful oasis in the

most popular places in put in bay

Welcome to Put-in-Bay 2020 and your complete Put in Bay Ohio information source for hotels, lodging, ferryboats, golf carts, camping, boating and home rentals, all located at South Bass Island, Ohio.  With so may great Things to Do, you’ll need more than one day for all of the FUN!

Want to keep up with the latest Put-In-Bay Island news? Check our Events page for local happenings and announcements. The island also has its own newspaper with local news and events! The Put-in-Bay Gazette is a great way to keep up with everything happening on this bustling island. Therefore, you won’t miss what’s going on in the Bay during your vacation! 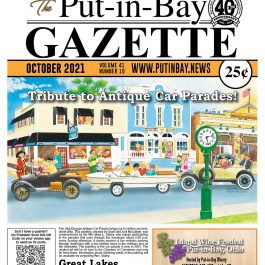 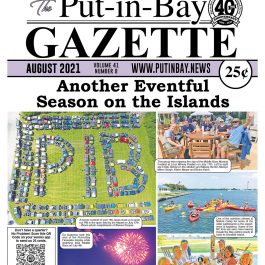 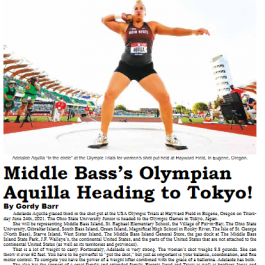 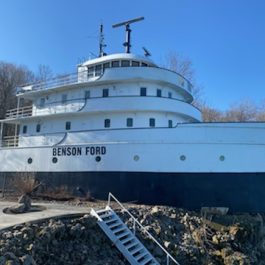 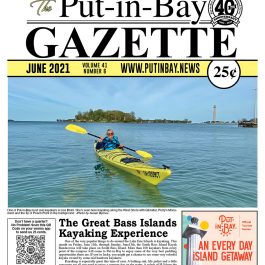 Stay Up To Date

Every weekend at Put-in-Bay has a new and exciting theme.  For example, an invasion of Pyrates to booming fireworks, Art Fairs to historical reenactments, you will find a theme and Put-in-Bay upcoming event perfect for you and your family or group. So, Kids and adults alike have a great time no matter what the weekend has in store! 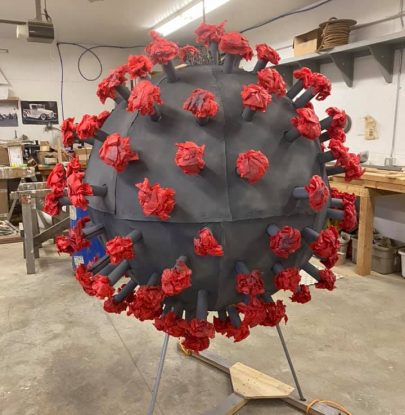 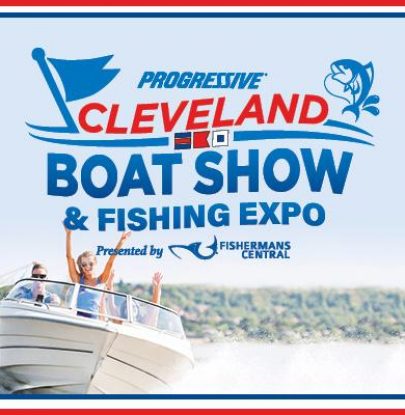 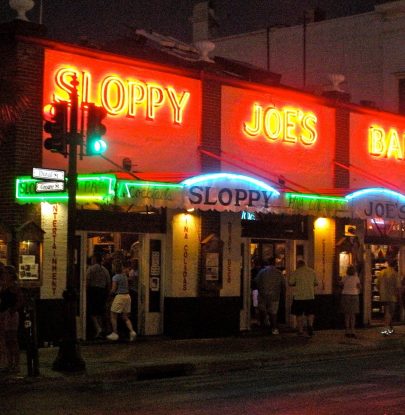 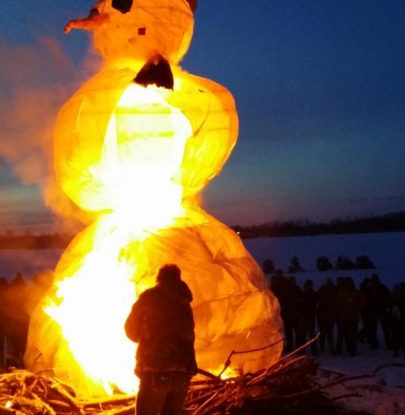 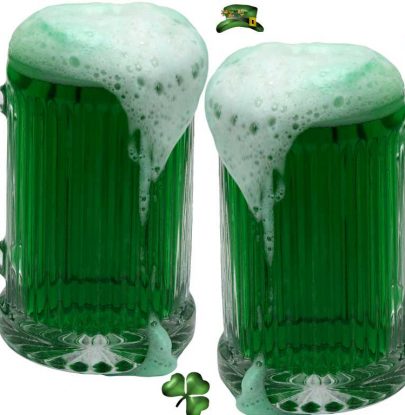 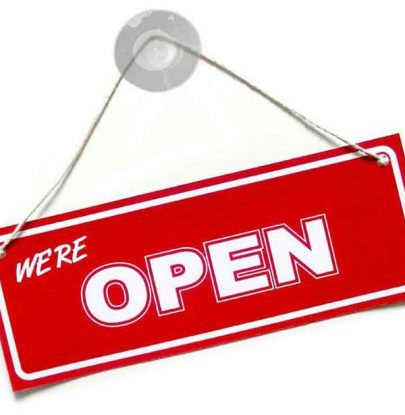 Put-in-Bay Ohio – Open for the Season

We love helping visitors get the most out of a Put-in-Bay vacation. With so many places to dine, shop, and explore on South Bass Island, it can be hard to know where to start. We’ve created a Put-in-Bay Destination Guide to help you plan the perfect island getaway. Local recommendations and endless possibilities await! So, the sooner you book, the sooner you can get on a Put-in-Bay ferry!

Getting here is part of the fun!  Furthermore, guests have several options on making their way to Put-In-Bay, Ohio 43456.  First, the most traditional way is to become a boater.  The Miller Ferry leaves from the Catawba dock every half hour in high season.  Similarly, The Jet Express departs from Port Clinton and Sandusky.  Take in incredible views of Perry’s Victory and International Peace Memorial when arriving by “The Jet.”  Also, take advantage of the late night service.  Guests can have a full day of fun, including the legendary nightlife, by taking the Jet Express.

Where is Put-In-Bay located?

Put-in-Bay is a village located on South Bass Island in Lake Erie. Moreover, the island is situated in Ottawa County, Ohio in the northwest portion of the state halfway between Toledo and Cleveland, near the famous Cedar Point Amusement Park in Sandusky. GPS coordinates for Put-in-Bay, Ohio, United States are as follows: Latitude: 41.6518, Longitude: -82.8172.

How do you get to Put-In-Bay?

Ferry Boats are the most popular way to get to Put-In-Bay. Both the Miller Ferry and Jet Express provide boat transportation to South Bass Island, where the village of PIB is located. There are many public and private docks downtown if you decide to travel on your own pleasure boat. Also, visitors can arrive by plane and land at the Put-in-Bay Airport if they are so inclined.

What does Put-In-Bay mean?

Put-In-Bay is a village on South Bass Island in Ohio. Some believe the name derives from the Native Americans “putting in at the bay” in a ceremonial fashion. Others believe it was named as such because it provided safe shelter for boaters to “put in at the bay.” There is even a school of thought that the name originated as such because the harbor looked like a "pudding bag".

Where do I catch the Ferry to Put-In-Bay?

There are two Put-In-Bay ferry boats that service the island from the mainland: the Miller Ferry and the Jet Express. The Miller Ferry is located in Port Clinton Ohio on Catawba Point and is the most inexpensive option. The Jet Express departs from downtown Port Clinton, Ohio and Sandusky, Ohio and while it is slightly more expensive, it is also way more comfortable.

What should I pack for Put-In-Bay?

Bring whatever items you may need for a regular summer vacation or visit such as sunscreen, drinks, snacks and sunglasses. Fortunately, there are many stores downtown to purchase items that you may have forgotten.

Absolutely! There are so many Things to Do in Put-In-Bay for families. Perry’s Victory and International Peace Memorial, numerous local and state parks and nature preserves and many great Island Attractions make the island a favorite destination of families.

Is there really a tunnel to Put-In-Bay?

No. But that would sure make it even easier to get to the island! The Put-In-Bay Tunnel was an April Fool’s Joke that was really popular. So much so, that there are many people who believe the Tunnel exists. There are even "Tunnel Permit" stickers sold for vehicle windows. However, the main way to get to the island is still via Put-In-Bay Ferry.

What time does Put-In-Bay open?

Put-In-Bay is always open, just like any other city in Ohio! However, in the winter months, the island becomes less accessible as the ice forms in Lake Erie. Still, guests can utilize air transportation. Otherwise, the main way to get to the island is by ferry boat.

What is there to do in Put-In-Bay Ohio?

Island Attractions include Perry’s Victory and International Peace Memorial, South Bass Island State Park, DeRivera Park, Perry’s Cave and Family Fun Center and much more. There is plenty to do for all ages on Put-In-Bay, Ohio.

How long does the Miller Ferry take to get to Put-In-Bay?

The boat ride takes 18 minutes to get to Put-In-Bay. Along the way, riders will see Mouse Island, Kelleys Island, Rattlesnake Island and other Lake Erie Islands if it’s a clear day. The short trip is relaxing and enjoyable. 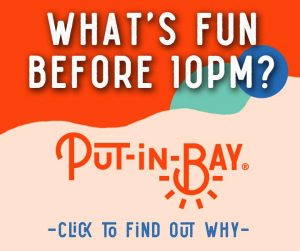 The island of Put-In-Bay is a special destination that must be experienced.  A long standing tradition of tourism and hospitality make this a place where guests feel welcomed.  We strive to create a destination where all people can break free from everyday life.  Put-in-Bay has a special place in many hearts as the place to go to forget about it all.

We look forward to each and every guest that makes their way to the island.  Our genuine goal is to ensure that they leave with memories to last a lifetime.  With so much to see and do on the island, it is no wonder that we see repeat guests year after year.

Put-In-Bay: A Close to Home Getaway

The islands are located to many metropolitan areas of the United States.  Each year we welcome guests from Cleveland, Toledo, Chicago, Pittsburgh and many more!  Fortunately, there is fun for all to be found.  Whether its taking part of the legendary night life, exploring Perry’s Cave or taking in a program from the Lake Erie Islands Historical Society, the good times await.

The island has played host to many guests throughout the years.  In fact, the economy has one and only industry: tourism.  Fortunately, with so much to do and see, South Bass has and continues to be a fan favorite.  Come and see what the buzz is all about and put and island in your life!