Construction of Transit Canal to be Completed in 2022

It’s official! The long-discussed and debated “transit canal” transversing the east-side lawn at Perry’s Monument will become a reality in 2022. Planners from the Village of Put-in-Bay, the National Park System, Homeland Security, the Put-in-Bay Port Authority, the Ohio Highway Department and Army Corps of Engineers recently approved $8 million in funding for the project.

According to www.putinbay.news, construction will start at the end of the 2020 season and will coincide with the construction of the $30,000,000 seawall rebuilding project at the Monument. All steps will be taken to minimize disruption to the regular Put-in-Bay tourism season and to the islanders who must traverse this route.

Funding for the project will come from federal grants, low-interest loans and matching funds. The federal government will fund most of the project with a grant transferring funds out of the Clean Lake Erie Initiative (CLEI).

The CLEI had leftover funds originally earmarked for the removal of algae blooms in the Western Basin of Lake Erie. Matching funds will come from a variety of sources which will be named once bids for the project are opened and the exact price is known. 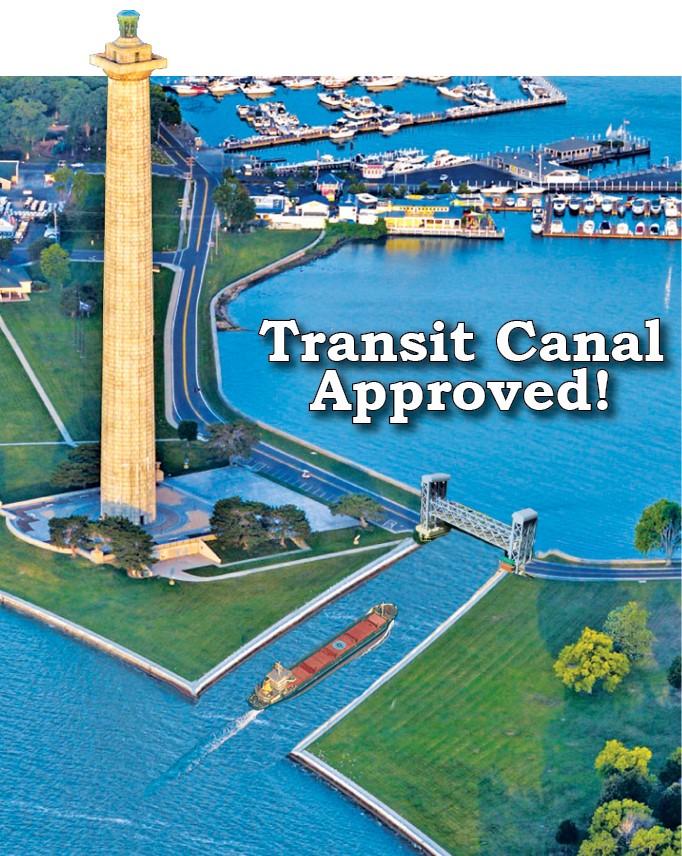 To date, The South Bass Island Chamber of Commerce, the Senior Center, the Property Owners Group, the Safe Island Task Forces, the Kellys Island Chamber of Commerce, the PIB Township Commissioners, Recuse Marina on Marblehead, the International Ferryboat League, the Lake Erie Fishermen’s Association and the Lake Erie Boater’s Alliance have all signaled their approval of the monumental project.

Although the project will technically split South Bass Island into two separate islands, the benefits far outweigh the cons, of which there are none.

Firstly, Homeland Security wanted to cut travel time for their law enforcement and patrol vessels plying the waters around the Lake Erie Islands. By not having to go between South Bass Island’s East Point and Ballast Island, vessels coming from the mainland to answer emergency calls in the harbor at Put-in-Bay will save minutes, fuel, wear and tear on their vessels, and, in some cases, even lives. One HS official said the security of the islands takes top priority due to the lack of a border wall separating the U.S. and Canada.

Secondly, highway officials will now be able to solve the road flooding problem and assure a high dry road across the narrow isthmus where Perry’s Monument rises majestically into the sky. They will take the fill from the canal and raise the road bed. They will also build the toll bridge that will be located at the harbor entrance to the channel. Bridge operation and toll collection responsibility will be turned over to the village. The tolls will help pay for the project.

Thirdly, the mayor and council of Put-in-Bay are happy about the canal project due to promoters agreeing to share a portion of bridge tolls so water and sewer service can be extended to all of East Point. This benefits all island businesses including the Put-in-Bay hotels, condos, and home rentals.

Lastly, Perry’s Monument officials say the project will enhance the experience visitors will have when they go to the top of the Monument. Not only will they be able to look out over the lake, but down onto the tops of all kinds of boats and watercraft going through the canal. 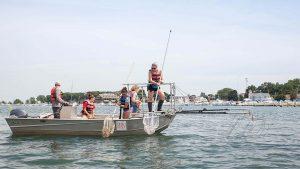 Officials at the Jet Xpress and Muller Boat Line had no comment on the new canal due to the last-minute announcement just before the Gazette went to print. Our editorial staff did surmise that both boat lines, plus the Gooddime tour boat will certainly welcome the shorter route to downtown Put-in-Bay. The time for Jet Xpress and Gooddime trips from Sandusky and Kelleys island will be cut by 20%. 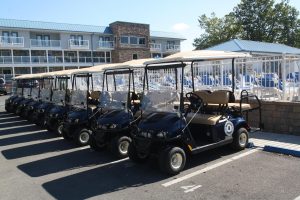 In an official press release, the Army Corps of Engineers, the federal agency that approves lakeshore projects like this, announced the canal would help to level out water levels between the east side of Perry’s Monument and Put-in-Bay Harbor. Syncing water levels between two bodies of water has been an ongoing problem since the construction of Perry’s Monument more that 100 years ago.

Residents on East Point will be pleased because they will now be able to get to and from East Point without going through flood water on the road, plus they can register their vehicles and get stickers for their vehicles for free use of the toll bridge. The project should also cut down on golf cart traffic on East Point due to the proposed $5 toll for non-residents wanting to drive across the lift bridge.

Golf cart rental companies are elated with the news of raising the highway. Breakdowns of carts skyrocketed this past season because of tourists trying to drive carts through the flooded streets. The cost for repairs and cart downtime saw some of the cart companies on the brink of bankruptcy according to one source. Fill from the canal to raise the road in front of the Monument will also be used to raise the road at the Miller Marina corner downtown where road flooding is also a serious issue.

During the construction, there will be a temporary floating bridge detour for vehicles wanting to access East Point. One of the promoters told the Gazette, “We’ve thought of everything, so there will be no inconvenience to anyone while work on the canal is underway.”

As anyone can see, there are absolutely no cons when it comes to building the new canal.

Promoters tell us there will be a contest with a cash prize to name the canal, plus a “Canal Opening” and “First Boat” ceremony is being planned. Watch for details in an upcoming edition of the Put-in-Bay Gazette.

What’s next? Officials are still working on a cut through isthmus on Middle Bass for many of the same reasons. Final word on this project will most likely come when the canal splitting South Bass Island is completed. 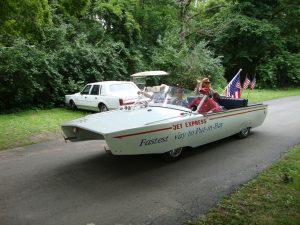 (Of course, this is an April Fools joke! Brought to you by your friends at putinbay.com and the island’s newspaper, The Put-in-Bay Gazette. It is only $15 to subscribe to the Gazette for a full year!)